Florida child settlement rules seek to protect children who have suffered personal injury to ensure that: 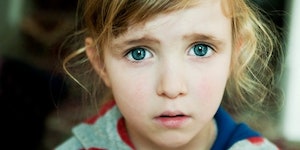 See our flowchart here for a visual breakdown of the child injury rules in Florida.

Click here to learn about children benefitting from global settlements.

The following notes the general thresholds for which court approval is required.

Absent the filing of a civil action, the child’s parents have full authority to settle the child’s claim and sign a release without court approval.

If after payment of attorney’s fees, cost, medical liens, et cetera, the child will receive less than $15,000.00, court approval is required; however a legal guardianship is not. Therefore, although court approval of the settlement is required, once approved, the parent’s will have the legal authority to execute a release of claims as the child’s natural guardians. Further, no restrictions will be placed on the proceeds received by the minor.

If a minor will receive more than $15,000.00 after payment of attorney’s fees, costs, liens, et cetera, as settlement for their personal injury claim, court approval of the settlement is required and a legal guardianship must be created. Therefore, the parents or professional guardian must apply and be legally appointed as the guardian of the property for the minor’s assets before the court will approve the settlement. Absent appointment as legal guardians of the property, the parent’s are not legally authorized to execute a release of the minor’s claim. Once appointed and settlement approved, the minor’s portion of the funds will be placed in a restricted account. The restricted account prevents withdrawal from the minor’s account without prior court approval to thwart frivolous or improper expenditures. Alternatively, the child’s settlement may be placed into an annuity after the appointment of a guardian of the property.

If an injured minor received a settlement offer of $50,000.000 or more before payment of attorney’s fees, costs, liens, et cetera, court approval of the settlement is required, as well as a legal guardianship and appointment of a attorney ad litem. Therefore, before approving the settlement, the court will require, in addition to a legal guardianship being established, a report from a personal injury attorney who has no connection to the minor’s case as to whether or not the settlement seems appropriate under the circumstances.

If you obtain a settlement offer for the personal injury of a minor in Florida, the requirement for court approval, a legal guardian of the minor’s property, and an attorney ad litem is dictated by the amount of the settlement and the portion that will ultimately be distributed to the minor.

It is crucial to understand the intricacies of minor settlement approval to:

Florida Probate Law Group works with personal injury attorneys across the state of Florida to help their firms make more money and get paid faster on child injury and wrongful death claims. Call (352) 354-2654 today to speak with one of our attorneys to determine if court approval of a minor’s settlement is required.

Contact Us
Practice Areas
Client Reviews
★★★★★
I was very happy with her response to my questions and concerns about Florida probate. I am in Ohio and was not familiar with the process but they cleared everything up for me and made me feel comfortable going through the probate process with my loved ones will. Roger
★★★★★
Honest and straight forward assessment of complex case. My case span both federal and state issues, as well as civil case of fraud which maybe criminal fraud. He told me what he could do, what his limits of scope were and what my best/safest position should be and gave me an outline of how to get there. S. Todd
★★★★★
The world of probate can be fairly daunting for one who has little to no experience. Between trying to figure out what to file and when to file, there is also the where. I was quite relieved to have Nadine and Cary to guide me through the court process. Michael O.
★★★★★
I highly recommend using this law group for your Florida probate needs, and in particular, Charles David. He explained clearly what my 91 year old aunt would need to do in order to sell property that was in hers and her late husband's name. Patti T.
★★★★★
Florida probate law group,was very helpful in answering the many questions that I had concerning my situation their input was very appreciated thank you. Shirley M.
VIEW MORE
Submit a Law Firm Client Review